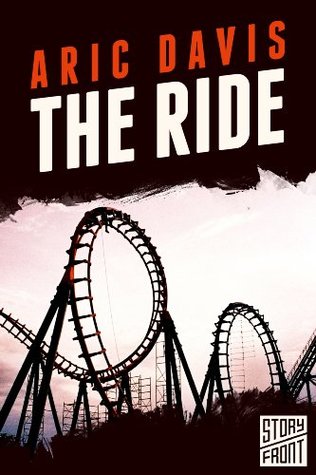 Thirty years hasn’t changed Las Vegas—the desert just got dirtier. The biggest game in town centers on a massive, deadly roller coaster that winds its way through the Strip’s most famous attractions. On the first Saturday of every month, twenty-four desperate passengers get strapped into the notorious ride and gamble with their lives in a twisted game of chance, to the thrill of webcast audiences worldwide. One of them will win, and one will die, but the other twenty-two will escape with nothing but their lives. Bets are placed as the ride begins, but in Vegas, the house always wins.

The Ride by acclaimed author Aric Davis is a terrifying near-future vision of bloodlust-as-entertainment taken to a horrific extreme.

Its a beautiful Friday and I cant think of a better afternoon to review a few short stories!  First up is Aric Davis’ The Ride.  I found this story on Amazon last week and was excited about the premise of a deadly rollercoaster ride acting as a game of chance.  So I REALLY wanted to love The Ride; really bad because I think the premise is brilliant.  It just wasn’t a homerun for me and I think that would have been different if the story had just been a tad bit longer.

The Ride provides a great description of what results from societal boredom and humanity’s desperate need for the next big thing.  Davis is great at describing the initial stress and desperation of getting on the ride and expressing the failings of human nature with the ride’s route.  But after that it just fell short for me.  I wanted more detail concerning the death on the ride, and yes that may seem morbid, but the point of this story is to show the morbid tendencies that push people to creating such an attraction.  This left the ending feeling rather abrupt.  It just happened and that was that.  I was hoping for more descriptions concerning the feelings of those experiencing that death and I also wanted to know what happened to Frank!

But all that aside;  I love Davis’ voice, his writing style, and I am looking forward to picking up some of his other work!  Its a good story and an interesting statement about modern (and futuristic) culture.  Who else is a fan of Aric Davis?