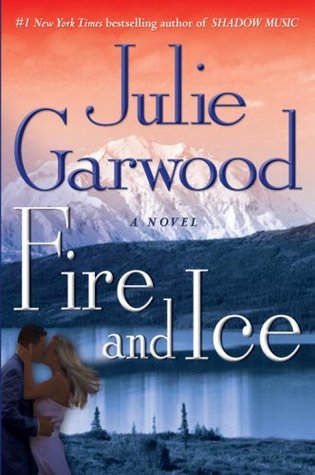 Sophie Rose, a tough and determined newspaper reporter, is the daughter of Bobby Rose, a suave, charming, and handsome gentleman who also happens to be a notorious big-time thief sought by every law-enforcement agency in the country. When the major Chicago daily where she works insists she write an exposé about her roguish father, Sophie refuses, quits her job, and goes to work at a small newspaper. Far from her one-time high-powered crime beat, she now covers local personalities such as the quirky winner of several area 5K runs whose trademark is goofy red socks.

Those red socks with Sophie’s business card neatly tucked inside are practically all that’s found after runner William Harrington is killed near Prudhoe Bay, Alaska, seemingly the victim of a brutal death by polar bear. The Alaska cops want to know why Harrington carried Sophie’s card. With an unerring nose for a good story, she heads north. What Sophie doesn’t realize is that on her journey from Chicago to Prudhoe Bay, danger follows in her wake. After one attempt on her life, she’s been assigned brash but sexy Jack MacAlister as a bodyguard by the cautious FBI. Amid great peril and deadly intrigue in the unforgiving Alaskan terrain, she and Jack form an uneasy alliance sparked with sensual attraction. But they will soon be fighting more than their growing passion for each other. Powerful forces will stop at nothing to prevent the exposure of the sinister conspiracy Sophie and Jack are about to uncover.

This will be my last winter romance thriller for a while. Nothing wrong with the story; I’m just tired of certain genre traits. And because of this I’m starting off with a negative point. I don’t like to do it but this one point was holding me back from sharing this review.

Fire and Ice is a well developed novel with an intriguing complex plot, but I probably wouldn’t have finished it if I wasn’t listening to the audio book. It’s because of how the main character, Sophie Rose, was handled. I really like Sophie despite not sharing her love for designer items. I like her spunk and her stubbornness. Garwood spends the entire novel insisting Sophie Rose can take care of herself. Sophie has a sharp tongue and is a gifted writer. She trusts few people so she falls in love slowly while remaining a firecracker in the bed. Sophie demands to have her own gun when being attacked in the Alaskan wilderness. She even punches a guy who slaps her. Sophie is an awesome woman, and yet; she still constantly comes off as a damsel in distress. Time after time she is rescued by Jack. I would have liked Sophie to fight back. I just wish she had tried to pull the trigger or threw a couple more punches. Nope, she still had to be saved by the rugged man which is a prominent romance staple. This is why I’m taking a step back from the genre.

Now that my mini rant is over….I feel I should point out that I’m just being picky so on to the positive points. Fire and Ice includes a number of interesting storylines that will please mystery readers. First: there is the mystery of what happened to William Harrington. This takes our two leads, and readers, from the Chicago to the wilderness of Alaska in search of answers. Second: the Alpha Project…and that is all I will say about that one. You need to read it for the rest of that intriguing mystery. Third: the fate of Kelly’s Root Beer! This keeps the story grounded and provides a humorous background for all the drama and violence. All three mysteries are well developed and written in a way that leaves you yearning for answers.

I definitely recommend Fire and Ice for readers looking for a complex romantic mystery. Sophie and Jack were both fun characters to watch fall head over heels with each other. And the supporting characters are all well developed, allowing readers to feel like they are tagging along with Sophie on her adventures.

Has anyone else read Fire and Ice? Any Julie Garwood fans out there?