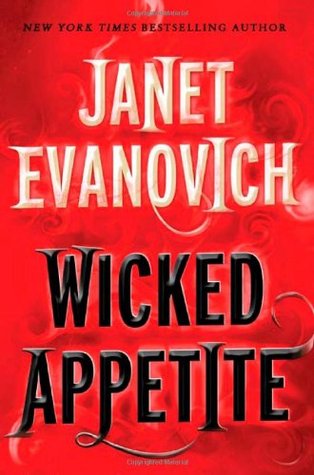 For centuries, treasure hunters have been eager to possess the stones, undeterred by their corrupting nature. The list is long — Genghis Khan, Alexander the Great, Napoleon, to name a few. Now the Stones have found their way to Salem, Massachusetts, and so has Gerwulf Grimoire, adding himself to this rogues’ gallery of power seekers. He’s an uncommonly dangerous man, with a hunger for the forbidden, and a set of abilities that are way beyond ordinary. Abilities that he feels entitle him to possess anything he might desire.

That would include Elizabeth Tucker, the woman he needs to find the Stones. She’s freshly transplanted from New York City to Boston’s North Shore. With a new job as pastry chef at Dazzle’s bakery and an old house inherited from her Aunt Ophelia, her life is pretty much on track …until it’s suddenly derailed by a guy named Diesel, a rude monkey, and a ninja cat.

Lizzy can handle the monkey and the cat. She’s not sure about Diesel. He’s offering up his own set of unusual talents, promising to protect her from Grimoire. The kind of protection that Lizzy suspects might involve guarding her body day and night.

Wicked Appetite is the first book in a relatively new series by Janet Evanovich. Some of the main characters were initially introduced during her in-between-the-numbers Plum novels, but Stephanie is absent this time around. The Lizzy and Diesel series is different in that it doesn’t stick with the normal romance or quirky mystery storyline that is typical of Evanovich’s novels. Instead, Wicked Appetite takes a stab at a supernatural semi-romance story and I enjoyed it.

I love the characters and they are one of the reasons I find myself coming back to Evanovich’s novels time after time. Lizzy is just an ordinary girl who can make extraordinary cupcakes and has the ability to find certain unmentionable items. Diesel, a ruggedly handsome stranger, needs her help to find seven stones that embody the Seven Deadly Sins. A rude monkey, ninja guard cat, bakery full of witchy women, knight, and mysterious bad guy make up the quirky supporting cast. Yep, it’s an Evanovich novel!

I love how naive and openly honest Lizzy is about her life. She has no problem telling Diesel how she feels and I found it endearing. I also love everything about Diesel and how he interacts with Lizzy. He is sweet, assertive, and yet perfectly protective of our sweet damsel. Diesel is my kind of guy and I plan to finish the series just to hear more about him! Plus, I LOVE how Evanovich portrays the glutton   attributes of the Moore family. Her humorous twists left me giggling constantly during my tedious drive.

I still do not get where Evanovich is going with this whole Unmentionable thing. It doesn’t seem to have any basis in any predetermined paranormal storyline and it just lacks the information I need to really enjoy the story. It just seems like everyone is ok with the lack of information (except Lizzy, she isn’t ok with any of it) and that lack left me a tad confused at times. I need more history and background to wholeheartedly jump onboard. If anyone gets the Unmentionable thing please feel free to enlighten me.

Also, I do not find Wolf attractive. At. All. The dark, dangerous vampire vibe is fine but it isn’t something to leave me swooning like the women in the novel. To be honest, their reactions made me rolling my eyes. I’m not about to jump in to bead with a cruel guy like Wolf so I don’t get the appeal. I am also wary of the whole ‘one of us will loose our unmentionable powers if we sleep together’ plot line. WHAT?!? I know there needs to be something keeping Lizzy and Diesel from jumping in the sack by chapter three but this has bad idea written all over it. What’s going to happen by the end of the series? Which character is willing to give up a part of themselves for sex? Eh….

Overall, it was a fun book to listen to during my commute. I love the characters and Diesel is my type of guy, but it will not be making my list of favorites. Have you read Wicked Appetite? Let me know what you think!