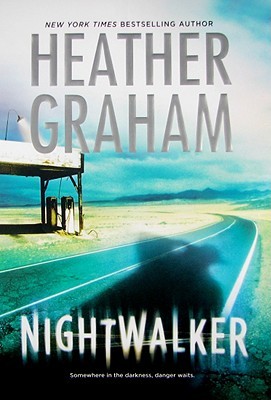 Jessy Sparhawk has seen firsthand how gambling can ruin people’s lives. But one night, desperate for money, she places the bet that will change her life forever. Just as she’s collecting her winnings, a man stumbles through the crowd, a knife protruding from his back, and crashes into her, pinning her to the craps table. Hired to investigate the murder, private detective Dillon Wolf finds himself fascinated by the gorgeous redhead who’d been trapped beneath the victim–and by the single word the dying man had whispered in her ear. “Indigo.”

What neither of them realizes is that the nightmare is only just beginning. Because bodyguard Tanner Green may have been killed by that knife, but his angry ghost isn’t going anywhere–not without vengeance. Now, literally caught between the living and the dead, Dillon and Jessy have no choice but to forge ahead together. Their investigation will take them from the glitz of the Vegas strip into the dealings of casino magnate Emil Landon, the man who signs both their paychecks, and out into the desert to a ghost town called Indigo, where past and present come together in a search for gold.

Years ago, blood was shed on that very ground, and now it looks as if history is about to repeat itself, with the living and the dead facing off for possession of a fortune, and Dillon and Jessy fighting not only to stay alive but for the chance to build a future.

﻿Sometimes you just need to read something predictable; a good novel with a solid story, fun characters, and no surprises helps when you’re feeling a tad burned out. This is when I turn to Heather Graham. A Graham novel will always contain a headstrong heroine, a smart kind hero, an intriguing mystery, a steamy romance, and ghosts! All good things!

Nightwalker did not disappoint. It contained all the classic Heather Graham elements and made for an enjoyable read during my commute. Jessy is a casino entertainer in Las Vegas who kinda witnesses’ the murder of a well-known hired muscle. Dillon is a private investigator for Adam Harrison Investigations who decides to help Jessy. It’s a story of insta-love, snarky ghosts, and cowboy shoot-outs. What’s not to like!?

I love how personable Graham makes her ghosts. It’s hard to imagine them not being seen and it is one of the reasons I keep coming back to her novels. Ringo is an ex-Civil War soldier who helps Dillon with his investigations because of a debit owed to Dillon’s ancestor. Ringo maintains all his personality from his past life as well as a humorous outlook on his current decade. He can work the tv remote, let the dog out, and operates as a silent, unseen investigator for Dillon. I enjoyed reading Ringo, but he is not the only reason to pick up Nightwalker. The mystery was delightfully intricate. It spanned multiple generations, and involved hidden Native American gold and a classic salon shootout!

Now for the negative points…the story is predictable. Yep, I know that’s the reason why I decided to read Nightwalker but I also know that this may be annoying for some readers. And it is also the reason I will not read another Heather Graham novel for a few months. Now, do you know the insta-love that plagues YA? Expect plenty of that in Nightwalker. I actually caught myself rolling my eyes on multiple occasions. I get instant attraction. I believe in personal chemistry. I do not believe imagining a life with someone after 3 days of acquaintance is romantic. Just my opinion, and one of the other reasons Graham posts are few and far between.

Nightwalker is a fun read and the perfect novel for those in need of a light paranormal mystery. Any other Heather Graham fans? Which authors do you turn to for a ‘predictable’ read?